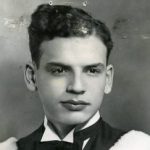 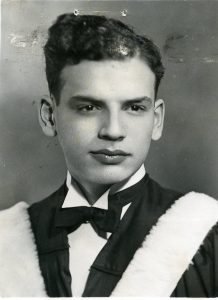 Dr. Percy Barsky’s specialization was in the field of paediatrics. Upon his graduation, Percy practices medicine in Saskatchewan. Later, he came back to Winnipeg to start his training in paediatrics and at that point worked with Dr. Harry Medovy. Percy made many contributions to the profession. In the 1950s, there was a quota system for Jewish students to enter the Manitoba medical college.

Percy worked with Shlomo Mitchell to help him abolish the quota system at the medical school. They hired a lawyer and the matter was taken to court and the legislation was passed that Jewish students could enter the medical school.

Percy was an intellectual and when he had time, he had a strong commitment to Judaism. He was an ardent attender of the Winnipeg Symphony, he was an avid reader. Percy was a fighter for social justice. If he knew of someone who was treated unfairly, he would stand up for them and after time his approach worked.

Even though Percy maintained a serious demeanour, he had a wonderful sense of humour. He focused on an ability to relate to people. People trusted him immediately. He was wonderful in his interactions with children of all ages.

There was a polio epidemic in Winnipeg in the 1950s where Percy contracted the disease. I can recall my parents visiting him on a daily basis. Polio had reaching effects on Percy and it affected his walking and breathing. I was five years old at the time. My parents worked very hard to help Percy leave the iron lung. Percy’s long-term goal was to become a doctor – something he fought for and achieved. In many ways he was a role model for others.

Complete the Questionnaire Form for this Physician Here